History of the County Flag

Presentation of the Flag

On March 14, 1968, the coat of arms was officially presented to the county by Dr. Conrad Swan, the Rouge Dragon, who was a representative of Queen Elizabeth and a member of the College of Arms. According to a news account at the time, it was the first time the Pursuivant of Arms had performed such a ceremony on American soil. 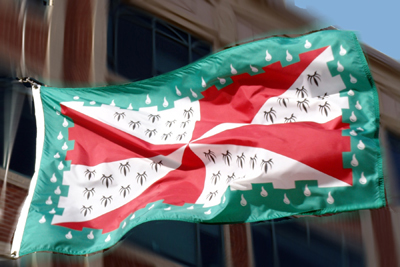 The formal reception took place at Morven Park and later moved to the Goose Creek Country Club for dinner. Among the county representatives were William S Leach, Chairman of the Board of Supervisors, and Huntington Harris, the board’s vice-chairman. Harris had been the driving force behind Loudoun County’s efforts to get a coat of arms.

Description of the Flag